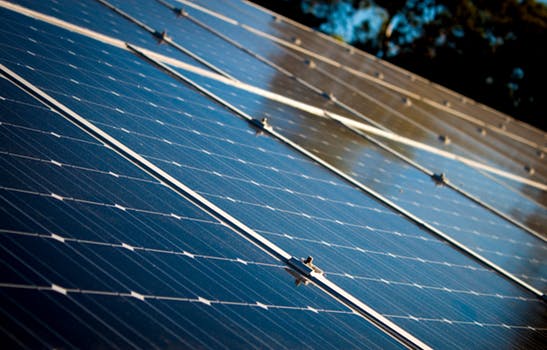 California is known as an environmentally-forward state, so it’s probably not surprising to learn that Los Angeles has more installed solar panels than any other U.S. city. Announced in April, this honor follows a 44% rise in solar installation over the past year, according to a report by the Environment California Research & Policy Center.

Los Angeles Mayor Eric Garcetti accompanied the exciting news with the unveiling of a new 2.21 megawatt solar installation situated on the South Hall roof of the city’s convention center. This is the largest solar system on a publicly-owned convention center on the West Coast.

“We’re proud to lead American cities in the movement to meet the goals of the Paris Climate Agreement,” said Mayor Garcetti. “Every investment we make in solar is an investment in the health and well-being of Angelenos today and for years to come.”

More than just an innovator in solar energy, Los Angeles is also a driving force in the reusable bag movement. In an effort to reduce waste and pollution, single-use plastic carryout bags have been banned at select retailers in the city since Jan. 1, 2014. Customers have the option to purchase paper bags and special thick-skinned plastic bags for a minimum of $0.10 each, thus encouraging people to bring their own reusable bags.

The City of Angels is committed to preserving the environment. A variety of sustainability initiatives are in place to safeguard the public health and the local landscape.

One of these includes City of Los Angeles Green Business Certification Programs which commends and supports local businesses that voluntarily adhere to eco-friendly or sustainable practices. Additionally, the city has a Brownfields program and the its sanitation department has the largest fleet of clean fuel vehicles in the country.

Looking for environmental testing tools you can count on?

End your search with Eco-Rental Solutions. Visit one of our seven rental locations in New York, Illinois, California, or Missouri or request a quote online today to get quality equipment at affordable prices.