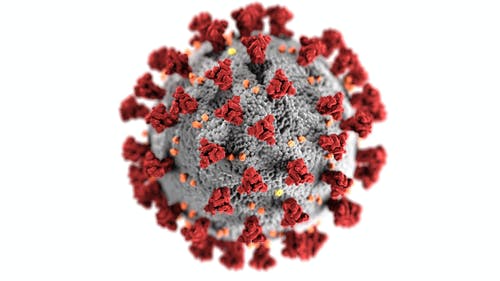 COVID-19 has largely put the world on pause. Since most people aren’t commuting, traveling, or going much of anywhere, carbon emissions have plummeted. In fact, the pandemic will likely cause the largest decline of global carbon emissions on record, according to research from Goldman Sachs.

Specifically, Goldman Sachs analysts predict energy-related carbon emissions will decline by at least 5.4% in 2020. This could extend into 2021, if coronavirus continues to put the world at a standstill.

While the analysts note that energy-related emissions have always bounced back after a crisis, they believe this time could be different. This is because we might’ve already reached peak energy-related carbon.

Global energy-related carbon emissions flatted in 2019, according to IEA data. This followed two years of increases and largely resulted from a sharp decline in carbon emissions from the power sector in advanced economies.

This was caused by the growing role of renewable resources — mostly wind and solar PV — fuel transitioning from coal to natural gas, and greater levels of nuclear power output.

In total, global carbon emissions from coal fell by nearly 1.3% from 2018 levels, according to the IEA. This offset rises in emissions from oil and natural gas. In advanced economies, emissions declined by more than 3.2%. The power sector was responsible for 85% of this decline.

Carbon emissions have dropped by 6% since the pandemic began, but unfortunately, this positive change isn’t here to stay, according to experts. While COVID-19 has been good for the environment in the short-term, Professor Petteri Taalas, World Meteorological Organization Secretary-General, said it won’t last, via the UN News.

When the economy is back to normal, WMO expects carbon emissions to resume to normal levels or even rise.

In the past four decades, carbon dioxide levels have risen 26%, according to the UN. The average temperature of the world has also increased by 0.86 C (1.55 F.)

The UN has confirmed that the past five years have been the hottest on record. Warming is uneven around the globe, as Europe has experienced the highest change of the past decade  and South America the least.

Need testing equipment you can count on? Eco-Rental Solutions offers reliable tools at affordable rates. Visit one of our seven rental locations or request a quote online today!