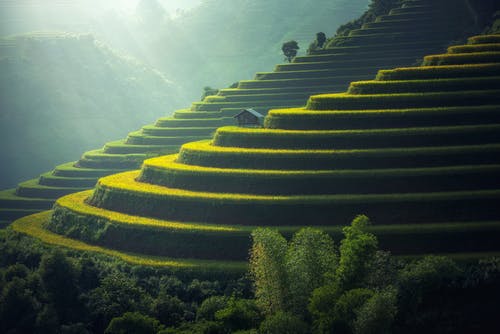 The world is getting greener. Data collected by NASA from 2000 to 2017 has revealed the shift, but if you think the United States was the greenest country on the planet, you are sorely mistaken.

China and India are responsible for this green movement, according to NASA. The two most populous countries were largely able to achieve this goal due to tree-planting programs in China and a major focus on agricultural initiatives in both.

Published in February 2019, in the journal Nature Sustainability, Ranga Myneni of Boston University and his colleagues determined the global green leaf area has grown 5% since the early 2000s — equal to the size of all the Amazon rainforests. Specifically, 25% of the surge took place in China. In total, one-third of the planet’s vegetated lands are greening up, and 5% are growing increasingly brown.

Data for the study was gathered over two decades from the Moderate Resolution Imagine Spectroradiometer instruments on NASA’s Terra and Aqua satellites. The MODIS sensors have taken up to four shots of almost every spot on Earth every single day for the past 20 years.

Is Increased Greening a Good Thing?

At first glance, it’s easy to assume any additional greening of the Earth is a good thing, but the study’s authors have other ideas. According to them, not all plants offer the same benefits to the environment.

Since the early 2000s, total food production of grains, vegetables, and fruits in China and India have surged approximately 35% to 40%, according to the authors. This is the result of planting several crop rotations on a yearly basis and the substantial use of fertilizer and irrigation.

Initiatives like China’s Green Great wall tree-planting activities increase the Earth’s ability to absorb atmospheric carbon, but greening via intensive agricultural practices doesn’t have the same impact, according to the research team.

Findings of the study helped them realize the importance of having Earth system models that incorporate data and processes explaining how people are using the land. The researchers determined these factors are a must for helping learn how green leaf area can help or deter efforts to lower the amount of greenhouse gases in the atmosphere and fight climate change.

Searching for testing equipment you can rely on, without exceeding your budget? Eco-Rental Solutions has exactly what you need. Contact us today or request a quote online today!