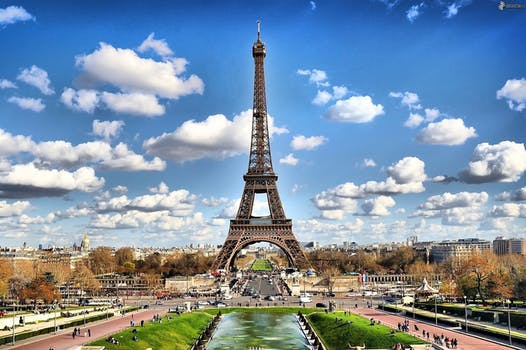 On June 1, President Trump announced that the U.S. will withdraw from the Paris Climate Agreement, joining just Nicaragua and Syria as the only other countries who have opted to sit on the bench. Much of the country — and the world — are outraged by this decision, as it essentially moves the U.S. several steps backward in the fight against climate change.

You know the Paris Climate Agreement is an essential, monumental pact, but you’re not quite sure exactly what it does. Take a look at four key details of this potentially life-changing deal.

The Deal is Nonbinding

The U.S. won’t be penalized for dropping out, because each country has the freedom to change participation as needed. Ideally, those who crafted the plan hoped countries would use this flexibility to gradually strengthen their climate initiatives, instead of eliminating them.

Despite the absence of formal repercussions for backing out of the agreement, participating countries could punish the U.S. in other ways. America might endure serious diplomatic repercussions for abandoning an agreement most of the world is so passionately invested in.

Countries Set Their Own Targets

The Paris Climate Agreement doesn’t require countries to achieve a certain target. Under the Obama Administration, the U.S. was set to cut greenhouse gas emissions 26% to 28% below 2005 levels by 2025. America was also slated to provide up to $3 billion to assist poor countries by 2020. Currently, $1 billion has been dispensed.

Nations Are Working Together Towards a Shared Goal

Progress Will Be Carefully Monitored

World leaders decided on current climate targets in December 2015, when the agreement was reached, but they aren’t set in stone. Governments vowed to meet every five years to assess progress and set more ambitious targets to make an even greater impact. They also agreed to be transparent with results and track their progress to foster a sense of accountability.

All environmental testing equipment is not created equal, but you can always count on Eco-Rental Solutions to deliver. Get the tools you need by visiting one of our seven locations in Rochester, NY; Elmsford, NY; Chicago, IL; San Diego, CA; Oakland, CA; Tustin, CA; and St. Louis, MO or requesting a quote online.