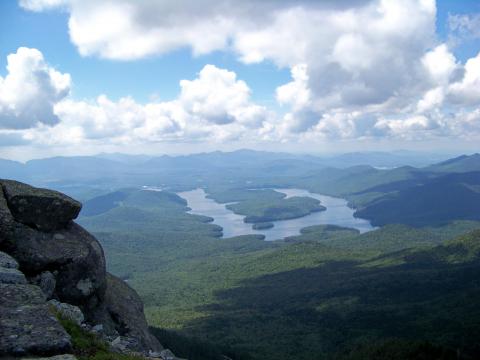 Lakes, rivers, and other potable bodies of water might be in for a cleanup, thanks to a team of Cornell engineers. In early 2017, the duo revealed an innovative technique to test for a wide-variety of micropollutants.

“Water quality monitoring is conventionally done by narrowly investigating one or a few contaminants at a time. We aimed to develop an analytical method that would be as broad as possible,” said Damian Helbling, assistant professor of civil and environmental engineering, in an interview with the Cornell Chronicle.

Helbling and Amy Pochodylo believe their approach can offer more than twice the amount of information of current testing methods. Using high-resolution mass spectrometry, the engineers analyzed 18 samples from New York waterways with their new technique. They found at least 112 micropollutants — e.g., pharmaceuticals, pesticides, personal care products — in at least one of the samples.

Now that they’ve developed the technique, Helbling and Pochodylo are hoping those in charge of local and regional waterways will begin using their method. This could prove incredibly helpful in ongoing efforts to clean up the state’s waterways.

On its website, the Department of Environmental Conservation touts New York’s many rivers, streams, lakes, and coastal waters as popular recreation, fishing, tourism, agriculture, and manufacturing sites. However, the agency highlights the threat these water resources face from chemical contaminants and other pollutants.

Water pollution is a reality many towns in the state have been forced to face in recent years. In 2016, Newburgh — a town located along the Hudson River — residents discovered their tap water might contain a chemical linked to cancer. State officials offered blood tests to the town’s 28,000 residents to check for the chemical PFOS, which was found at a dangerous level in the drinking water reservoir.

In recent years, several other New York towns have faced similar contaminated water scares, including the village of Hoosick Falls. A manufacturing plant in the town was declared a Superfund site in 2016, after several tests found elevated levels of the toxic chemical PFOA in the town’s drinking water. The chemical has been associated with many serious health issues, including kidney and testicular cancer.

You don’t have to pay top dollar for environmental testing equipment you can rely on. Eco-Rental Solutions offers the best instruments and prices that fit your budget. Contact us today or request a quote now!