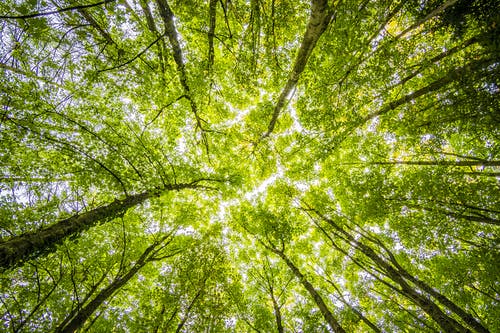 At long last, 2021 could be the start of something big — and hugely positive — for the environment. The U.S. has rejoined the Paris Climate Agreement — more on that in a bit — China has committed to reaching carbon neutrality by 2060, and the EU has amped up its climate strategy during the COVID-19 pandemic.

Not just governments doing the work, many private companies are also stepping up to do their part to assist with this global effort. For example, Volvo recently announced it plans to make its entire fleet electric by 2030. Additionally, by 2025, the company wants half of its vehicle sales to be electric cars and the other half hybrid.

It’s Time to Get to Work

Of course, a tremendous amount of work will need to be done to truly make 2021 a crossroads for forests and climate change. Particularly, efforts will need to be made to support an ambitious plan for COP-26 and become more flexible to boost financial backing to protect and restore tropical forest — i.e., REDD+, which means Reducing Emissions for Deforestation and Forest Degradation — according to the World Economic Forum.

The WEF believes it’s important to set a measurable and ambitious objective for COP-26. Specifically, the organization would like COP-26 to deliver a public-private bid for one gigaton of high-quality emissions reductions, at a floor price for forest carbon starting at $10/tCO2e and gradually increased over time. Successfully delivering one gigaton of emissions reductions is something formally known as the Green Gigaton Challenge.

A new global effort designed to raise funds to decrease one gigaton of high-quality emissions reductions per year for forest-based natural climate solutions by 2025, the Green Gigaton Challenge could be huge for the environment. Founding partners Emergent Forest Finance Accelerator, The UN-REDD Programme, Environmental Defense Fund, Forest Trends, and The Architecture for REDD+ Transactions hope to exceed Paris Agreement targets via REDD+.

This is a notably ambitious objective, as one gigaton of annual emissions reductions equates to getting 80% of American cars off roadways. However, if countries and private companies work together, this is certainly not an impossible feat.

The U.S. Has Officially Re-Joined the Paris Agreement

As promised, President Joe Biden signed an executive order to start the 30-day process for the U.S. to re-enter the Paris Agreement, hours after he was sworn into office. On February 19, the U.S. officially became part of the landmark climate agreement once again. (source)

Former President Donald Trump formally removed the U.S. from the Paris Agreement in late 2020. This made the country the first and only nation to officially exit this key climate deal.

Tired of being frustrated by unreliable rental equipment? Eco-Rental Solutions is here help. Contact us today or request a quote online to secure quality tools at affordable prices from one of our eight rental locations!