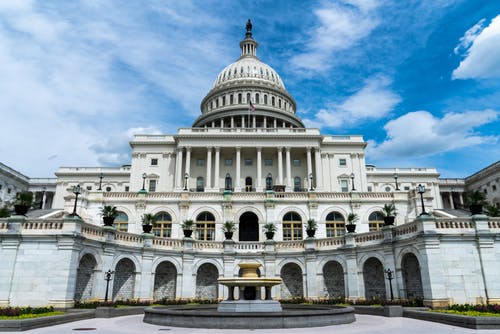 Created to address contamination in the United States, the PFAS Action Act was passed by the U.S. House of Representatives in January. This bipartisan legislation would require the EPA to designate a maximum contaminant level for PFOA and PFOS in drinking water, create a grant program to help communities pay to remove PFAS from drinking water, and designate PFOA and PFOS chemicals as hazardous materials according to the Agency’s Superfund program.

The bill would also force drinking water utilities to check drinking water for PFAS, under the terms of the EPA’s unregulated contaminant monitoring program. Passed 247 to 159, the bill offers protections from PFOA and PFOS that communities desperately need.

For example, the EPA currently advises that water should not contain more than 70 parts per trillion of PFAS, but advocates have pushed for a firm requirement — one that likely falls below that line.

In use since the 1950s, PFAS are man-made chemicals that have been used in industry and consumer products. Some of the items they’ve been used in include non-stick cookware, stain-resistant fabrics and carpets, and water-repellent clothing.

PFOA — perfluorooctanoic acid — and PFOS — perfluorooctane sulfonic acid — are the most commonly studied PFAS, according to the Centers for Disease Control and Prevention. They have been discontinued in the United States, but some other countries still use them.

PFAS can work their way into the soil, water, and air during production and use of products containing these chemicals. Most PFAS do not break down over time, so they stay put in the environment. Consequently, they’re found in the bloodstreams of people and animals across the world — and are even present in low levels in various food products and the environment.

Health Advisories for PFAS and PFOS

Based on peer-reviewed science, the EPA has issued health advisories for PFOA and PFOS. Studies have indicated that exposure to these contaminants over a certain level could cause adverse health effects, including developmental issues for fetuses during pregnancy and to breastfed infants, cancer, liver problems, immune issues, and other concerns.

Need testing results you can count on, but don’t have a massive budget? This isn’t a problem when you work with Eco-Rental Solutions. We offer reliable equipment at prices you can afford. Request a quote online today or visit one of our seven rental locations in New York, Illinois, California, or Missouri!