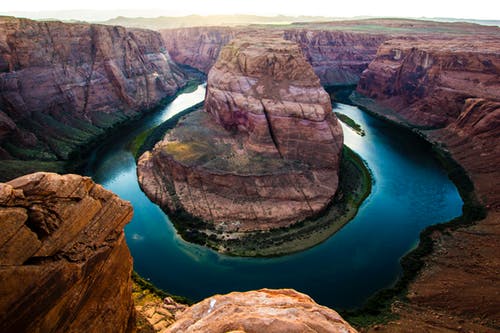 The U.S. is filled with natural beauty that needs to be protected and conserved. Recently, Congress has done its part to uphold this obligation by passing multiple bills designed to safeguard wilderness areas from permanent harm.

A responsibility that spans decades, the 1964 Wilderness Act was passed by Congress to preserve and protect specific areas “in their natural condition” and thus “secure for present and future generations the benefits of wilderness.”

Here’s a look at what Congress has been doing lately to uphold this commitment.

The Grand Canyon Centennial Protection Act would make a temporary ban on new mining claims — set in 2012 — permanent. This would end speculative mining claims on public land staked by mining companies and individuals who haven’t made a valid mineral discovery. More than 800 active mining claims existed in the ban area as of February 2018, so the passage of this legislation is very important.

On Oct. 31, the Colorado Outdoor Recreation and Economy Act was passed by the House. If passed into law, the bill would safeguard the Continental Divide land in Colorado’s White River National Forest, designate more of the San Juan Mountains as wilderness, and ensure approximately 200,000 acres in the Thompson Divide won’t be subject to oil and gas leases.

Additionally, the CORE Act would designate the 28,728 acres surrounding Camp Hale as the first National Historic Landscape in the U.S. If you’re not familiar with its history, the 10th Mountain Division that trained at Camp Hale led the country to victory in World War II.

Searching for affordable testing equipment you can rely on? Eco-Rental Solutions has you covered. Request a quote online today or stop by one of our seven rental locations in New York, Illinois, California, or Missouri today to see what we have to offer!