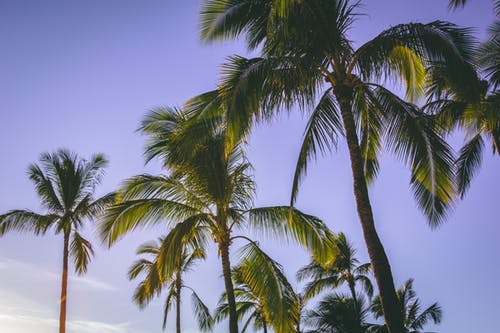 In 2018, Hawaii made headlines by banning sunscreen. Passed by state lawmakers in May and signed into law by Gov. David Ige in July, the bill prohibits the sale or distribution of sunscreens containing oxybenzone and octinoxate — with the exception of those prescribed by a licensed healthcare provider.

Consumers and retailers have plenty of time to find alternative sunscreen products, as the law doesn’t go into effect until Jan. 1, 2021.

The legislation was prompted by findings from a Haereticus Environmental Laboratory study. Research conducted by the nonprofit scientific organization revealed chemicals from oxybenzone and octinoxate sunscreens cause bleaching, deformities, DNA damage, and eventually death in coral when washed off the human body or released into wastewater treatment plants and discharged into the water.

Not Everyone Supports Sunscreen Ban

Many environmentalists believe the incoming sunscreen ban is a major stride for corals, but some organizations consider its passage is dangerous for humans.

“Today the health, safety and welfare of millions of Hawaii residents and tourists has been severely compromised by the passage of SB 2571 that will ban at least 70 percent of the sunscreens on the market today, based on weak science blaming sunscreens for damage to coral reefs,” said the Consumer Healthcare Products Association in a statement. “This irresponsible action will make it more difficult for families to protect themselves against the sun’s harmful ultraviolet rays, and it is contrary to the many concerns expressed by Hawaii’s medical doctors, dermatologists, and public health experts.”

In the statement, the CHPA refuted the idea that sunscreens containing oxybenzone and octinoxate are to blame for the demise of coral. Instead, the member-based trade association cited claims from scientists in Hawaii and worldwide that global warming, agricultural runoff, sewage, and overfishing are to blame for the issues impacting coral health. The organization asserted the ban “creates false hope that banning sunscreen will restore the health of coral reef around the Hawaiian Islands, but it will have little to no positive impact on the health of coral reefs.”

Since sunscreen works to prevent skin cancer, it is categorized as a drug by the Food and Drug Administration. Consequently, sunscreen has a much more difficult approval process than other products in the cosmetics family. At present, there are just 16 FDA-approved active sunscreen ingredients, but only a few are commonly used.

It’s possible the ban on oxybenzone and octinoxate will lead to a rise in mineral sunscreens. Those containing zinc oxide and/or titanium dioxide as active ingredients block the sun’s rays from piercing the skin, serving as a safety shield consumer can have confidence in.

Searching for reliable testing instruments? Eco-Rental Solutions has the tools you need at price that fits your budget. Request a quote online today or stop by one of our seven rental locations in New York, Illinois, California, or Missouri to get equipment you can count on!