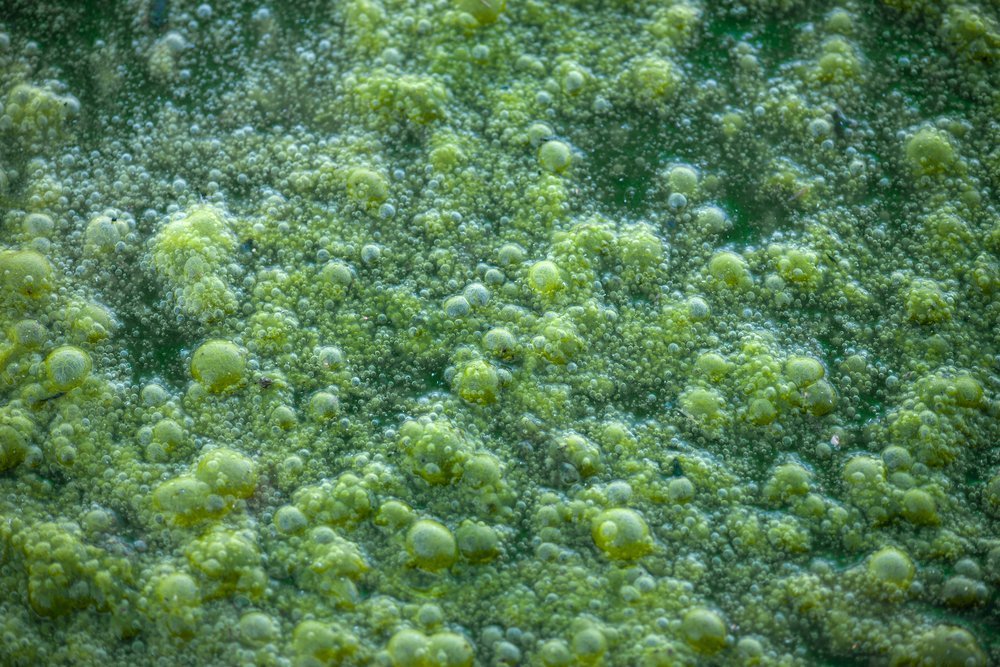 Blue-green algae is an issue in Illinois lakes and streams. Also known as cyanobacteria, these microscopic organisms occur naturally and can reproduce very quickly in warm, shallow, undisturbed surface water in direct sunlight, according to the Illinois Environmental Protection Agency.

Since the algae can grow at rapid pace — known as blooms — certain types pose a serious health risk to people and animals. When producing toxins, a bloom is known as a Harmful Algal Bloom (HAB).

These blooms have the capacity to discolor bodies of water or create floating scum on its surface — a phenomenon especially prevalent along shorelines. Blooms are mostly a problem during the summer months, but it’s always wise to be on the lookout for them.

The IEPA advises people not to swim, boat, water ski, jet ski, or fish in algal blooms or scum. When swimming in a lake — even if no signs of algae are present — always shower with soap and water.

On June 21, the IEPA and the Illinois Department of Public Health (IDPH) issued a statement warning of a possible algal bloom on the Illinois River. Residents were advised to exercise caution near Illinois rivers, lakes, and streams, due to the possible presence of blue-green algae. Officials monitored the Illinois River, mainly between a portion stretching from the cities of Morris to Lacon.

A few days later, on June 25, Illinois officials confirmed the algal bloom on part of the Illinois River. Specifically, the presence of microcystin was discovered near the village of Hennepin and the city of Marseilles. Those who come in direct contact of it could experience health problems including rashes, hives, diarrhea, vomiting, coughing, wheezing, and or more severe symptoms for those with extended exposure.

On the plus side, samples were also taken at Illinois American Water-Peoria — the only public water supply relying on the Illinois River as a water source — and toxins were found to be lower than the exposure limit in finished water samples.

Good news arrived on July 2, when the IEPA and IDPH revealed follow-up samples revealed no evidence of microcystin in the Illinois River — including samples gathered near Hennepin and Marseilles. Despite this, residents were still advised to exercise caution near Illinois rivers, streams, and lakes.

If you need to test your water for blue-green algae or any other issues, Eco-Rental Solutions is here to provide the tools you need at an affordable rate. Visit one of our seven rental locations in New York, Illinois, California, or Missouri or request a quote online today to start the process!