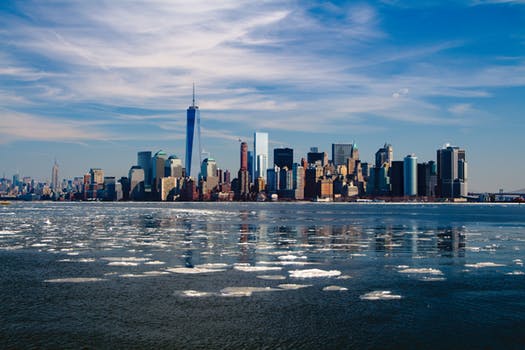 New York is about to get a major overhaul of some of its most high-profile infrastructure. In July, Gov. Andrew Cuomo provided updates on four major projects designed to improve the lives of those who live, work, and visit New York.

In late August, the new Gov. Mario M. Cuomo Bridge opened to traffic, which will eventually replace the old Tappan Zee Bridge. Highly touted for its innovative design, the bridge connects Westchester and Rockland counties, serving as the main thoroughfare between Upstate and New York City.

Construction began in 2013, and measures were taken to protect the surrounding environment. The Lower Hudson Valley is home to a plethora of wildlife, including endangered peregrine falcons, Indiana bats, and Atlantic sturgeon. Project leaders worked closely with the National Marine Fisheries Service, the New York State Department of Environmental Conservation and other agencies to keep the environmental impact of construction to a minimum.

LaGuardia Airport is in the process of a complete overhaul, and Delta has officially joined in the initiative. The airline broke ground on its new $4 billion terminal in August, which will produce a brand new 37-gate home for Delta in Terminals C and D. The updates will feature a larger Delta Sky Club with a Sky Deck and additional seating, among other improvements. The Port Authority has agreed to pay $600 million of the project, and Delta will foot the rest of the bill.

In 2014, former Vice President Joe Biden compared La Guardia to a third world country (source) so clearly, these renovations can’t come soon enough. The aging airport has struggled to keep up with passenger demand, as flight schedules are frequently at capacity. Its outdated terminals are also often overcrowded, making for an unpleasant travel experience.

The U.S. Department of Transportation has approved a $537.1 million Transportation Infrastructure Finance and Innovation Act (TIFIA) loan for the Moynihan Train Hall Redevelopment Project. Part of the Penn-Station overhaul, nine platforms and 17 train tracks will be accessible from the Train Hall. Welcome news for commuters, the Train Hall will offer direct connections to the Eight Avenue Subway and for the first time ever, will provide direct access to the station from 9th Avenue.

In June, two new entrances were opened from Penn Station to the Train Hall.

Cashless Tolling is Coming Soon to All MTA Bridges and Tunnels

Stopping to pay tolls is a hassle that will soon be a thing of the past for every driver traveling on MTA bridges and tunnels. Cashless tolling is already in place at many locations, and will be implemented systemwide by the end of 2017.

Under the new method, cameras will photograph vehicle license plates, and a bill will be mailed the address of the registered owner. Drivers with an E-ZPass will see no changes.

If you’re searching for reliable environmental testing equipment in New York or anywhere else in the U.S., Eco-Rental Solutions has you covered. Visit one of our seven locations in Rochester, NY; Elmsford, NY; Chicago, IL; San Diego, CA; Oakland, CA; Tustin, CA; and St. Louis, MO or request a quote online today.