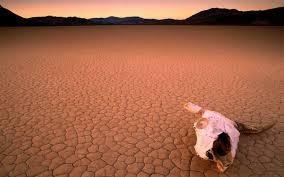 According to an article recently published in Scientific American, 2014 is predicted to have the highest recorded temperatures in history. If so, this will mark the 38th consecutive year with an unusually high annual global temperature.

Global temperatures soared to 1.03 degrees Fahrenheit higher than the 1961-to-1990 average, according to the annual “Status of the Global Climate,” report published by the World Meteorological Organization. The latest report was released during the U.N. climate talks in Lima, Peru. Diplomats gathered to create a new global climate deal that will be signed in Paris next year.

Scientists gather data for the report from the National Oceanic and Atmospheric Administration, NASA and the United Kingdom’s Met office to gauge normal average temperatures. Data is typically examined over a 30-year period, usually with metrics from 1961 to 1990.

Scientists don’t have a reason for the temperature increase in the oceans. Generally speaking, oceans capture most of the global warming, but scientists are still unclear on the meaning. Researchers have determined that the 2014 ocean heat content was similar to that of 2013, which was the warmest since measurements began in 1955.

In total, only 72 tropical storms have been recorded in 2014 to-date, falling below the 1981 to 2010 average. However, extreme flooding has impacted many regions globally. Flooding in South Africa in March affected more than 4,000 families and 10 people were killed due to flash floods in Kenya in February. Another 250 people were killed and 100,000 displaced in northern Pakistan and India in September due to extreme flooding.

In 2013, CO2 levels in the atmosphere rose to 396 parts per million ─ 142 percent higher than the levels in the 1800s at the beginning of the Industrial Revolution. Since 2003, a total of 45 percent of the CO2 emitted by humans went into the atmosphere, while the remainder was absorbed by oceans and land.

At Eco-Rental Solutions, we’re committed to providing you with the tools you need and the service you deserve. Our team has more than 100 combined years of experience in test instrumentation rentals, sales and service. Contact us today for a quote!