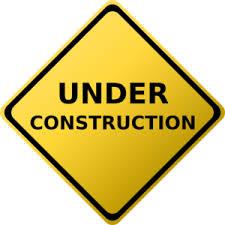 Inc. recently partnered with Sageworks to report that privately held residential construction companies are growing at a steady rate of 17 percent, positioning them as one of the fastest growing industries in the country. Comparatively, in 2012 this industry had a growth rate of 14 percent, effectively rising three percentage points in two years.

While a construction boom may be a good sign for the economy, it has the exact opposite impact on the environment. Nearly half of all non-renewable resources expended by mankind are used in construction, effectively making it one of the least sustainable industries. It’s true that buildings where we live, work, attend school, and more are necessary for life as we know it, but our planet can’t support the resources needed to sustain the existing structures ─ much less thousands, maybe even millions, of new ones.

5 Shocking Building Statistics from the EPA

At Eco-Rental Solutions, we’re dedicated to providing your company with the best instruments to reliably provide quality data in the rigorous environment of field use. Our goal is to be the best player in the industry ─ not the biggest. We’re able to serve the entire United States with our four convenient locations in New York, Missouri, and California. Request a quote today!