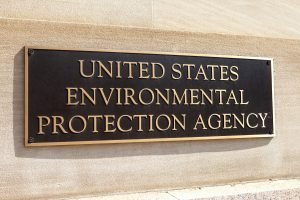 The U.S. Environmental Protection Agency and Big Ox Energy-Siouxland, LLC reached a settlement that was filed on Dec. 4, 2017. This stems from a chemical release that took place at the company’s Dakota City, Neb. facility in December 2016.

As part of the agreement, Big Ox Energy conducted a hazard assessment and agreed to pay a civil penalty. Additionally, the company reached a separate settlement with the Nebraska Department of Environmental Quality in June 2017, regarding compliance with state air and water regulations.

Big Ox Energy Under Fire for Releasing Chemical Gases in 2016

In December 2016, a Big Ox Energy employee was rushed to the hospital after an industrial accident at the company’s South Sioux City facility. The employee was hospitalized after drilling a hole into an anaerobic digester when installing a new pipe, which caused the release of chemical gases from the plant’s biogas production and packaging facility.

The EPA and the NDEQ conducted a join investigation that revealed the plant was using biogas, methane, and hydrogen sulfide in its processing. Big Ox Energy has been hit with a nearly $50,000 liability regarding the incident. This includes a civil penalty of more than $10,000 and a contribution of ambulance and hazard equipment to the South Sioux City Fire Department valued at almost $40,000.

In 2017, Big Ox Energy received three citations from the Occupational Safety and Health Administration. Stemming from three separate investigations — including the Dec. 2016 incident — involving worker hospitalizations from gases or chemicals, the company revealed that OSHA reduced its original $101,000 penalty to $60,844.

Big Ox said it planned to pay the fines, but didn’t admit any guilt or liability for the incidents. OSHA investigators cited the company for a lack of protection, education, and safety practices for its workers.

Eco-Rental Solutions always provides test instruments of the highest quality, because that’s the only way to collect data you can count on. Whether you’re testing air quality or water conditions, contact us today to learn about our affordable, user-friendly rental and sales process or request a quote online right now!