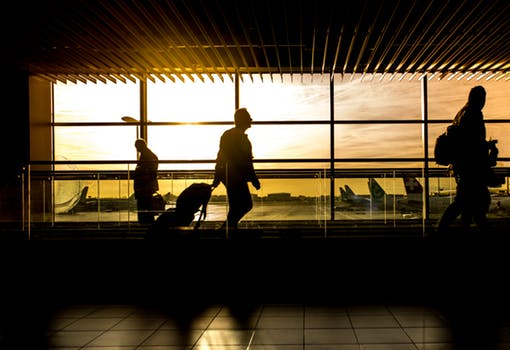 If you’re not already familiar with the Chicago Rockford International Airport, it’s time to get in the know. This tiny airport is served by just a few airlines, but its eco-friendly ways have been making major waves in the aviation industry for years.
Located roughly 90 miles northwest of the city, the airport has proven itself as an industry leader. Take a look at a few of its impressive achievements.

In Sept. 2016, the Illinois Public Airport Association (IPAA) revealed the Chicago Rockford International Airport as the recipient of its 2016 Outstanding Achievement Award for the construction of its $40 million Maintenance, Repair and Overhaul (MRO) facility, spearheaded by AAR Corp.

Each year, the IPAA recognizes one airport project that stands out from the rest. Several factors are subject to review, including project delivery or funding, job creation/economic impact, and overall meaning to the Illinois Airport system.

Opened in Aug. 2014, the MRO facility was designed to service some of largest aircraft in the world efficiently and effectively in the Midwest. One of the largest pre-engineered structures of its type, the project was completed on time and on budget. It is expected to bring 500 new jobs to the region, according to a press release from the airport.

Generating electricity since 2012, the solar farm at the Chicago Rockford Airport is a truly innovative idea. At the time of its launch, the first phase of development included roughly 10,500 panels, designed to produce three megawatts of power, according to the Rockford Register Star.

Developers hope to eventually get the solar farm to generate at least 62 megawatts of energy — enough to power 50,000 to 62,000 homes. In Aug. 2012, building permits with an estimated value of $12.6 million were issued for the solar farm. A major undertaking, the construction process involved roughly 40 electricians and equipment operators.